Ugh! You have a brilliant idea for an article, you do some online research and… it’s already been done.

I was going to do something about the translations of the Harry Potter series of books, but I found an article by Steven Goldstein that did it better than I ever could… and he did it 12 years ago!

Goldstein wrote a two-part article in Translorial, the journal of the Northern California Translators Association (ncta.org) in December 2004.

Translating Harry, Part I: The Language of Magic
http://bytelevel.com/global/translating_harry_potter.html

Goldstein’s Part 1 describes two problems in translating fiction and fantasy novels. One is what I like to call the Dumbledore – Humlesnurr problem. 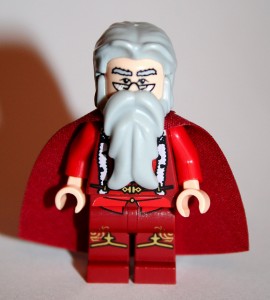 How do you translate the things that are commonplace and well understood by the source readers into something comprehensible to the target readers who are far, far away from the environment and culture of the original? (Please see the Goldstein article for the back story to Dumbledore’s name in Norwegian.)

The second problem that maybe is more exclusive to fantasy translation is how to translate the made-up vocabulary? J.K. Rowling was very inventive with her creatures and locations, and the translators also stepped up to the challenge. The ‘skrewts’ became ‘escregutos’ in Spanish, while ‘Diagon Alley’ became ‘Winklegasse’ in German.

But perhaps you, gentle reader, are more interested in the dark side of translation. Then you should turn to Part 2 of Goldstein’s article… 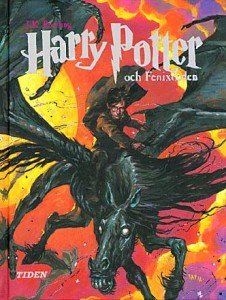 Sal Robinson wrote an editorial about the Warner Brothers thing in 2012 (http://www.mhpbooks.com/rowling-translators-to-the-wall/) which says:

…Gili Bar Hillel, the Hebrew translator of the Harry Potter books, describes a meeting of the international translators of the Potter series where the “running theme was that of insult, hurt, and rage directed towards the Harry Potter machine—the wall of lawyers surrounding J.K. Rowling, her agents and Warner Bros.—who had gone out of their way to disenfranchise translators of their intellectual and moral rights.”

Her own experiences mainly consist of Warner Brothers demanding that she sign agreements waiving all rights to her translations, which were then used as subtitles for the dubbed movie versions without crediting or any other kind of compensation either to her or the Israeli publishers.

Goldstein, appropriately, ends his article with this quote:

‘First think of the person who lives in disguise,
Who deals in secrets and tells naught but lies.
Next, tell me what’s always the last thing to mend,
The middle of middle and end of the end?
And finally give me the sound often heard
During the search for a hard-to-find word.
Now string them together, and answer me this,
Which creature would you be unwilling to kiss?’

Harry Potter and the Goblet of Fire, Chapter Thirty-One, The Third Task

Thanks to Steven B. Goldstein for doing the Harry Potter articles. Steve is an advertising copywriter and creative director/principal of WritingArts.com.