I recently had the opportunity to sit on the jury at a game translation competition. At the end of the text file was the string:

One team decided to leave the string in English because “we played the entire game and this string doesn’t appear in the game”.

These days, when we buy a game, it is not like buying a build on CD—or on a few floppy discs if you are as old as me—that would provide the exact same experience forever. Today, we get to install updates. Sometimes we have no choice in the matter: it is impossible to launch the game without updating it. We can also download additional content like new levels, extra playable characters, or a whole new story.

So how do game translators work in this new live ops, dynamic environment? When we translate a game, we then set a little time aside every week for the short, regular updates that we are bound to get in the future: strings that the developer forgot to add to the original batch, new seasonal content like Halloween bundles or Christmas outfits, new levels each month, an additional planet, etc. This goes on until the game is retired. We also get to translate bigger new batches of text with full game extensions.

To keep this manageable, and because developers only expect us to translate the new strings without touching the older ones, we have to ensure that the initial translation cannot be impacted—too much—by updates down the road.

This brings me back to the “WIP” string I mentioned at the beginning: the team said that the string doesn’t appear in-game. Yes, but what if it is added later on? The developer can decide to make the game longer and add an extra location that they haven’t entirely developed yet. As a little teaser, they start by adding the “WIP” string to the game (or “New content soon”, or “Unlocks in May”, etc.)

When we receive a game file, we should translate all the text strings that it contains. How many times have I requested more context about an obscure string, and the developer has told me “Ignore this one, it’s not part of the game”, then 2 weeks later I find the string in the first update? Far too many times, if you ask me.

Now I always translate all the text strings. Bear in mind that over-translating, that is to say translating a string that won’t appear in game, doesn’t hurt. If the string is never added to the game, then the fact that we translated it is not going to have any impact. It may have taken a few more minutes of our time because we translated an extra string, but in a normal scenario, all words that are sent for translation are paid for anyway, so it’s only fair that they all get translated.

Another issue is caused by gendered playable characters. In French, almost all words have to take the gender of the noun: pronouns, past participles, adjectives, etc. So picture this: I am translating a MMORPG with a lot of NPC lines addressing the player:

I ask the developer about the playable characters’ gender. They say “We have 3 male characters: an orc, a paladin, and a wizard”. Fair enough, I can translate everything in the male form. Can I, though? No, because what if two months later the developer comes back to me and asks: “Hey, are you available to translate this new update? We added a witch, a female warrior, and an ice queen!”.

To avoid spending time down the road fixing too many strings of the original content, also bearing in mind that it’s never a good idea to change content that has already been published and seen by the players (in case they notice it!), we have to remove the gender from as many strings as possible, “just in case”. Use “[Player], votre puissance m’impressionne !” (Your power is impressive) instead of “[Player], vous êtes si puissant !” (You are so powerful).

Never believe the developer when they say, “We won’t add any female characters” or “This won’t appear in game” or “All orcs are female”. Instead, trust your gut and your experience. Often the developer doesn’t speak your native language at all and doesn’t even realize that their changes and additions might lead to potential issues. They can’t be expected to know the particularities of every language in the world or to have encountered every localization issue. That’s where localization professionals come into play.

Something else happened to me recently with a delivery tycoon game I originally translated two years ago. The game features cars and buses, so I translated “fuel” as “essence”, which is the type of fuel used by land-based vehicles. Last month, they updated the game and added cargo ships. Of course, the developer originally promised that this would never happen.

In French, cargo ships use “fioul” as fuel, so I had to explain that either all strings containing the word fuel had to be duplicated (for example: “Fuel remaining: XXL”) so that we had one string for land-based vehicles and another one for ships, or we could replace the word “essence” by “carburant” (a more general term) in all strings. Anticipating another issue, I specifically said that a search and replace would not do, as “essence” is a feminine word and “carburant” a masculine word. All related words have to agree in gender. Aaah, the joys of French grammar.

Games today are not set in stone anymore, they are dynamic, they change constantly.

We cannot expect developers to guess what issues their additions and changes might create in Vietnamese, Russian, or Brazilian Portuguese. It’s our job as game translators to minimize the impact. This is actually very interesting, as we must learn to quickly adapt to changes and effectively anticipate potential issues so as to avoid them. That way, the impact on existing content will be minimal and we do not have to spend time—and dev’s money—on fixing things. It also means that the translation of each string in the original content must be a conscious decision. We cannot use a clumsy or awkward translation for a string, thinking that “it will have to do, nobody will read this one anyway”, because we never know when it might come back to haunt us in a future update. 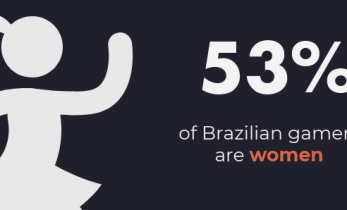 Now Is the Time to Localize Your Game for Brazil 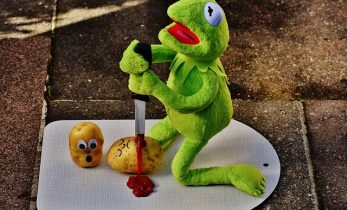 Translating vs. Localizing Game Assets What should we localize, and why does it even matter?

Marianna Sacra
It is a question that constantly weighs on the game translator's shoulders: Should I localize or translate this?
Read more 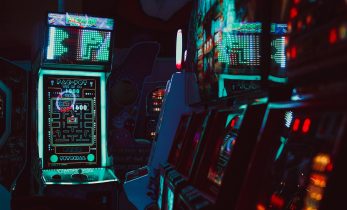 How do you break into video game localization?

Dmitry Kornyukhov
How do you break into video game localization? So, Nicolas Caink asked me a million dollar question: "How one can break
Read more