I slept for four hours last night, will probably be working late again today, and, to be honest, it’s been a pretty crappy day. But, hey, I took the challenge to write one article a day, so I open Writer and start typing this in.

Words come heavy, thoughts fail to couple themselves into a train, and, halfway through the second paragraph, I start thinking that maybe I’m just wasting everybody’s time.

But as I re-read what’s been written so far, I realize that something is written up there. It might not be the biggest prelude ever, but it’s definitely bigger than what typing monkeys could have come up with. The question is, will it be sufficient to move this writer’s block?

Moving the block… Hm, could work as the title. Again, not the best one — but at least it’s right to the point. I think I’ll stick with it.

Wait, stick?.. This reminded me of something, just a moment…

Here, straight from Wikipedia: ”Stiction is the static friction that needs to be overcome to enable relative motion of stationary objects in contact. (…) Any solid objects pressing against each other (but not sliding) will require some threshold of force parallel to the surface of contact in order to overcome static cohesion. Stiction is a threshold, not a continuous force.”

The bulb lights up, the threshold is overcome, and the darn block is moved. Besides, I’m already 85% through the self-set minimum of 300 words per post and have (kind of) made the point by now. So all it takes is to add some pseudo-profound bullshit to use as a quote when sharing this.

If it feels like the weight is too heavy, and you’ll never be able to move it— just try a little bit harder, maybe it’s just stiction.

Not the best one? It will work!

Want more of this crap? Ab HoC is at your service! 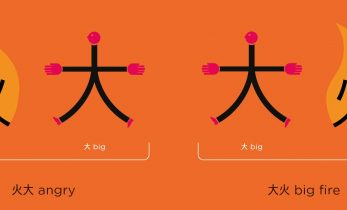 Nina Gruenewald
Implementing a morning routine has entirely changed my daily life. For weeks and months, I had been reading about it
Read more