Just bitten the bullet and decided to sign up for the Chartered Institutes of Linguists’ DipTrans exam next January? Whether it’s been part of your long-term plan for years or was a spur of the moment ‘let’s go for it’ decision, you might be starting to panic about whether you’ve made the right decision or not. The DipTrans is expensive and it’s hard: just one false move and you’ve failed.

Exactly one year ago I was in this position myself. A career changer, I knew that I needed a recognised qualification before I would be taken seriously by the types of translation agencies I wanted to work for. So, I went for it.

On the 1st of May, my fingers trembled as I opened the envelope containing my DipTrans exam results. My results were late (let’s blame Royal Mail) and I was over it already. I was so sure that I had failed all three papers, so imagine my surprise when I opened the letter to learn I had passed all three papers from Merit.

Let’s make this clear, I was not a born translator. Fresh out of university, my application for an MA in Translation Studies was rejected. The generic feedback? My translation skills were too poor to be accepted into a programme that was supposed to teach me translation skills. That was 12 years ago and I’ve lived a lot of life since then, working in international advertising and marketing for nine years. So, to cut a long story short, if I can do it, anyone can.

Here’s why I think that, with the right strategy, mentoring, and diligent study, anyone can pass the DipTrans. Even me.

Why bother with the DipTrans?

For UK-based translators, there are two main routes into translation through study – an MA in Translation Studies or the DipTrans. Others have debated the pros and cons of both, so I won’t go into that here.

I chose the DipTrans largely because, if I passed first time, it would be a quicker and cheaper route. You can choose to sit all three modules on one day, and any preparation is up to you. The DipTrans is also a quick way to assess a translator’s ability – if they pass then that means they have satisfied the Chartered Institute of Linguists that they are a proficient translator.

The DipTrans is pitched at postgraduates at least a few years out of university with some work experience – not necessarily translation – under their belts. I know I would have been incapable of passing the DipTrans straight out of the university because I simply didn’t have enough life or work experience.

Get professional DipTrans guidance from a tutor

The first step I took was to get a tutor. A tutor, who will have passed the DipTrans themselves, will also be an experienced translator, and will coach you into understanding the mindset and expectations of the examiners.

Without a professional opinion of how your current translation skills measure up, it can be difficult to know whether you are in with a good chance of passing. They will also help you identify your strengths and weaknesses, so that you know what to focus on in your independent study time. For example, I discovered that my strength was the way I expressed myself in English and that I found it easy to avoid ‘translatese’. On the contrary, my weakness was transferring names of people and places incorrectly (too much reliance on a CAT tool perhaps?). This meant that in the exam I would have to ensure I left enough time to do several specific proofreading checks at the end.

A tutor can also act as a mentor and someone to bounce ideas off, not just in terms of the technical aspects of translation, but someone who can give advice on finding clients, CAT tools, networking, translation portals, and specialisations.

Create a strategy for the DipTrans exam and stick to it

Early on, I devised a plan on how I was going to spend my time in the exam and practiced using it. By the time my exam came, I was so practised in the timings I barely needed to look at the clock to know how much time I had left.

I spent around half an hour for paper one and 20 minutes for papers two and three reading, decoding, checking terms in the dictionary, and making notes on solutions to tricky translations. That’s a lot of time to wait, when everyone around me was typing furiously away, but I made sure I stuck to it and I think it played a good part in my success.

By spending time up front, I already had a good idea on the tone of voice, and how the translation needed to look overall, which then meant I wouldn’t have to change strategy halfway through if I realised I’d got the wrong end of the stick.

Remind yourself of silly false friends and improve your native tongue

False friends are the bane of every translators’ life. And while you really should know the most common by this point, sometimes they can slip through unchecked for years. For instance, I had a tendency to mistranslate infatti as ‘in fact’. In fact, I learned that this was because I was using ‘in fact’ incorrectly in English – I was using it as a reinforcer like in Italian, when in English it introduces a contrary statement.

Another thing that I had a tendency towards was to try and add context for English readers – and get it wrong! I thought I was being very thoughtful to my hypothetical English audience when I explained that Taranto was in Sicily, only for my tutor to remind me that it’s actually in Basilicata. Oops! (And I should know this – I lived down the road in Calabria!)

Write with the examiner in mind

The texts for the DipTrans, at least for the general, business, and social science papers, are usually taken from a good-quality newspaper. So, ensure you regularly read these types of publications in your native language so you understand what you are trying to produce.

While working with my tutor, I also got a sense of what the examiners are like and I quickly formed a picture of a persnickety, private-school educated, old-school translator. One that would be horrified by my informal blogging style. So, no starting sentences with and. Or so. Or but. Or or. And contractions are definitely out – except perhaps in reported speech.

Decide which options to do in advance

I was surprised by how many candidates decided which options to do for papers two and three on the day. This has the obvious benefit that if your chosen option is horrendous on the day, you can quickly switch without too much stress. But it also means that you have three 450-word texts to quickly scan, which eats into your two-hour exam time.

I decided in advance to do business and social science because these play to my strengths, interests, and experience. It also meant I could zero-in on the specialist vocab and themes that could come up – which on the day didn’t seem particularly specialised to me.

An often-debated topic on the DipTrans is whether or not to use translators’ notes. The advice in the handbook is a bit contradictory and I couldn’t really understand when or in what format they would be acceptable. I was advised to avoid unless I cannot see any other solution.

The general paper in particular is usually topical – the 2017 Italian paper was about Brexit, although in 2018 was about ‘the most beautiful villages in Italy’. I made sure that I read any news item about Italy in English that I could, while keeping up-to-date with the Italian press.

I kept notes on key themes and the types of words and phrases used to describe them in English, which I took with me to the exam.

I also made sure to double check the English names of Italian cities and towns, Romans and Roman cities, and art galleries and museums. Don’t assume that you’ll automatically know in the exam or that it’s not that important – in a past paper I was penalised when I wrote The Uffizi Galleries instead of Gallery.

No books are too many – browse your local charity shops!

I scoured my local charity shops for ‘just in case’ books. These were mostly Oxford Reference dictionaries related to my paper two and three options – World Religions, Philosophy, Finance etc. I didn’t use them in the exam, but they were very useful during preparation.

Get a style guide and practice using it

Consistency is key with the DipTrans and translation in general, and it helps to know what the common conventions are. For example, should you convert km to miles? Should you capitalise all words in a subheading or just the first? Where there are two ways of spelling a word, which is the best one to use? I’m not sure if it matters too much exactly which one you use, but consistency is key – I think that mixing and matching would cost you marks, even if you didn’t fail.

I used the BBC style guideline, which is available on the website, but there are lots of others available.

I took two preparation courses, Translator Training’s beginners’ and then improvers’ courses. These were led by my tutor and she suggested which past papers to use so that we could monitor the progress. I also had two tutorials per class where I could ask her anything about the DipTrans exam or translation in general.

In November, I began doing a practice paper a day. This sounds extreme, but I think it was instrumental in getting me into the zone. I started off with past papers I hadn’t done, which are available on the CIoL website, then made my own by taking suitable-looking articles from the Italian press. I also focused on areas I knew I had less knowledge, such as religion, which can come up in the general and the social sciences papers.

If I was to take the exam again, I would also try to find a buddy taking the same exam so we could each do our own translations of the same article and then compare. Otherwise you just have to be content with practice.

Ciao! I’m Fuschia, Italian to English Translator and Copywriter. I translate texts that help small businesses sell, persuade and inform, while captivating and appealing to the English-speaking market.

6 thoughts on “How I passed the DipTrans and you can too Signed up to the DipTrans in January and wondering how you're going to pass it?” 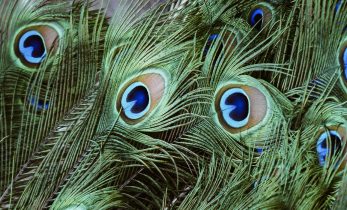 Tom Hoar
We made it! This is the sixth and final article in my series sharing what I learned from customers about translators’
Read more

Six Steps To Productivity Setps for any machine translation platform

Tom Hoar
In this… Part 5… it’s finally time! Let’s get right at it. Here, I share those six steps to productivity with pe
Read more