Today’s post is more of an observation than anything else. I know I haven’t been posting a lot lately, that’s primarily because I’m in the last four weeks of my degree program and homework is getting crazy. On the plus side, come May, I’ll be free again and writing like a lunatic!

The idea is that, when a market has grown enough and people see that there are profits to be made there, and assuming that the market itself has a low barrier of entry, other suppliers will enter the market and try to capture some of that profit for themselves. We can debate the status of a piece of translated work, but for the sake of simplicity, let’s say that translations are a commodity – in essence, we’re all providing the same service, we charge per unit translated, which should be a reflection of the time and expertise that we put into each project, each of us does our best to deliver an accurate and quality translation, so each translation, if performed by people with similar skills and knowledge, should be just about the same. That’s not always going to be the case, there’s always specialization and the like, but to keep the rest of this simple, let’s just pretend that we’re more uniform than we are not.

Now, since our market is generating profits and since it is pretty easy (in most countries) to become a translator, or even easier to open a translation agency and outsource all that work, we saw a flood of new, smaller agencies. They place themselves in a managerial position, advertising the skills of the translator and keeping track of the project as it advances. Translators were OK with the idea because it meant that they could spend more time translating and less time hunting for new clients and dealing with those clients. In return, they gave up a percentage of their earnings to the agency and all was well in the world.

But, now we have a thousand new agencies and they don’t know how to add value to our little supply chain. In order to differentiate themselves from the other translation agencies, they charge less and promise faster translations. Sound familiar?  Well, since Agency A is charging less, Agency B has to charge even less in order to get more clients. Agency C has to be even faster than A and B. And now, as a whole, they’ve driven down prices to what we see today: $0.03 per word for a complicated legal contract, $0.005 per word for editing. These rates used to be the stuff of nightmares, something that we only heard whispers of… now they’re everywhere and people are taking those projects. If the translator is willing to work at those rates, then they keep offering those rates and those agencies stay in business. Keep in mind, of course, that the agency doesn’t usually give up part of its percentage, but lowers the amount paid to the translator.

It’s really hard to keep a business running like this. These agencies are racing to the lowest possible price, and eventually they won’t be able to continue. Sure, we have GT and the like, but so do the clients. Why bother paying a bad agency to run something through Google when you can do it yourself for free?

I think that younger translators, which is to say, ones that are new to the industry, are more comfortable working with agencies. There’s a level of disconnection between the translator and the client, a certain assumed level of protection if things go bad. They like to think that someone is reviewing their work and making sure that everything is perfect – good agencies do that, the bad ones do not. But, as you gain more experience and confidence, you realize that those agencies aren’t adding a lot of value to your work. All they do is market, send you work, send your work to the client, and eventually the pay you… sometimes. So, the older translator decides to work with direct clients instead. They can charge a little less than an agency would, say, $0.13 – 0.20 per word, and the client will be happy because they’re saving money and still getting the same result. They’ve just cut out the middleman. Or middlewoman. And the translator is happy because they’re making almost double what they were making before.

This has also led to the growth of a new market for people like me. People that can teach how to do all that marketing stuff, people that can answer questions and provide guidance. I just do the marketing stuff… Just look at the number of translation related training programs are available now. On Proz, at universities, apprentice programs like my own, they’re popping up all over the place and they all have the same basic goal in mind, to teach you how to bypass the agencies so that you can make more money. And they work!

I have two groups of translators that I work with. Group A participates in many of these programs, like my own translator training program offered here, while Group B does not. It amazes me to see how Group A is growing. They’ve gone from near nothing to making translation their full-time and well-paid career. They’re earning more money in their first months than I earned after two years – and they can do it because they’ve learned how to find their own clients and not be dependent on those agency clients. They still work with agencies, but they don’t depend on them and they demand fair rates. Group B is struggling. They want someone else to do all the work for them. They want the agency to take care of them. And, even though they want to make more money, they never change anything. They complain about agencies in forums and emails, but they keep going back to them. Despite all my urging and the time I’ve spent trying to show them that there is a better way, they put up these imaginary barriers that prevent them from growing. It’s like a bad relationship or job. I see them making the same mistakes that I made and it brings me to tears. I know the pain and the hardship that comes from working like that. I also know how great it feels to charge $0.50 per word and for the client to thank you.

If you want things to get better, you have to change them. Those agencies are dying, don’t let them take you along. Sign up for some webinars, sign up for an apprenticeship, get some training. I will happily tell you all about using YouTube and Facebook for finding clients. I write about it on here all the time. Just do something. Do it today, do it right now. It doesn’t have to be perfect, you just have to move forward… even just a little.

I could go on about this for a long time, but I think that I’ll just share this little video with you guys instead. This video was made by a guy named Alex Becker. He is a programmer and SEO expert. Some love him, others hate him, but everyone knows him. And here, he very eloquently talks about overcoming those barriers.

5 thoughts on “The Economics of Bad Translation Agencies and How to Expedite their Demise :) Be free, my friend.” 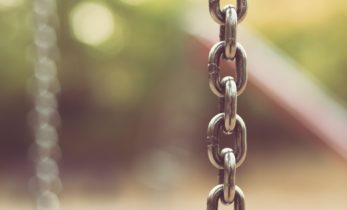 Getting Backlinks for your Translation Site Link, link and link again 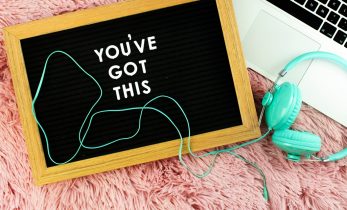 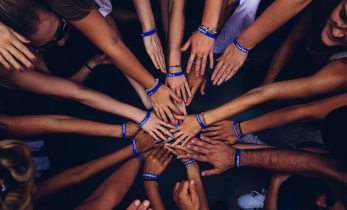 Maeva Cifuentes
There’s a social media tool that so many freelance translators overlook: LinkedIn. It’s such a powerful tool for
Read more