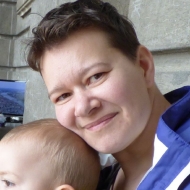 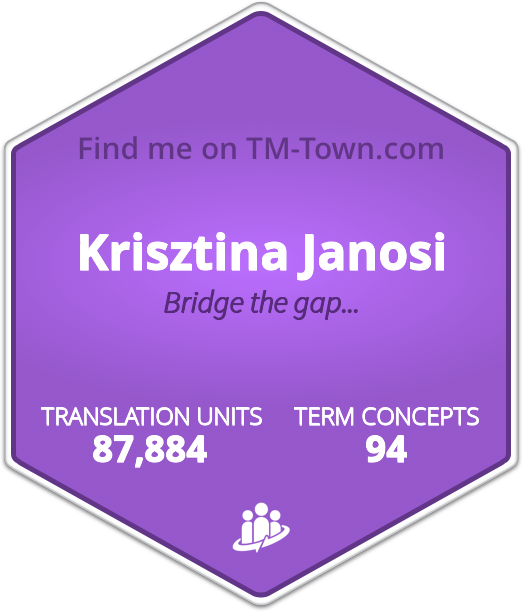 I have noticed my affinity for languages in high school, when I realized that this is the only thing I am good at. My literature teacher got really mad at me, when after showing absolutely no interest in memorizing poets' and writers' birth dates, my teacher of German language showed her an absolutely flawless paper I just submitted. I also remember having a teacher of English, who was brilliant at explaining grammar, introducing new expressions, really adventurous at trying all sorts of teaching methods on us. In retrospect, she was the only one at our school who really knew English. She must have lived in the UK for years, she even adopted their way of handwriting. There was just one thing she sucked at: demanding respect. You know, what it leads to in a high school. My classmates literally ate her alive. Most probably I was the only one paying attention at her class, so much that at the end of our first year everybody was convinced that I attended extra English classes. How could I...My parents had absolutely no resources, my mom was dying at the time, and my dad couldn't care less of what I did at school. Upon finishing the air force academy, my first assignment was an Air Traffic Controller job in Taszar Airbase. At the time it was sort of occupied by the Americans. They just withdrew their military, but sent DoD workers and Kellogg Brown and Root employees to provide "proper" ATC services to the planes that once a week landed at our airbase. That was the most crowded control tower I worked in, especially considering the amount of air traffic, or rather the lack thereof. Anyway, to facilitate the smooth cooperation between American and Hungarian co-workers, Brown and Root employed interpreters at every location their employees were deployed. One of them in the tower really inspired me. She had actually lived in the States before, which I suspected when I heard her accent, but to my explicit question she denied it. "Wow" I thought, naively believing her. "So it is possible to learn English perfectly without living in an English-speaking country." Of course, by now I know that I couldn't be more wrong, but then I wowed to myself that I will make it. While I got an American boyfriend, with whom I lived together for the next three years, I made all efforts towards acquiring the English language perfectly. I read all available written material, from Stars and Stripes to John Grisham books and Oprah magazines, added all new words and expressions to my handwritten dictionary, and I even memorized all of them. My colleagues tested me, not believing that I really did it. I was dubbed the "two-legged dictionary". I enrolled to the Berzsenyi Dániel Teacher's Training College, to actually become an interpreter myself, but thank God I didn't get to finish it. Next year the Air Force sent me to the States, to study English and airfield operations at the Defense Language Institute and Keesler AFB, respectively. I had the time of my life in the States. My boyfriend and I split up, so I was free to visit places and make friends. I have learned that while the USA is great to visit, living there is another cattle of fish. Despite of already knowing a lot about American habits and their way of thinking, the culture shock was still significant. Upon returning I suddenly had an opportunity, for a NATO mission in Afghanistan, as an Air Traffic Controller. Again, I had a great time there, so much, that when I got back and Taszar airbase was shut down, forcing me to take a new job in the Ministry of Defense, I only wanted to go back. I started to apply for civilian NATO positions, and in 2008 I finally landed one, at ISAF HQ, in Kabul. I finally learned how professional emails were written, broadened my view on several issues, and of course, got to know many people from many countries. Due to the military rotations I also had several supervisors, and learned to distinguish between a leader and a boss. There I also met my partner I still live with today, the father of my two kids I had not long after my stay in Afghanistan. In 2012 we moved to the UK, where my kids and I religiously attended the "Children's Centre" with a daily regularity. Unfortunately, we picked a quite gruesome area to live, where not much of a value happened, and when my daughter hit nursery age, I decided to move back to where I started from, to the very same apartment I grew up. And you know why I am a translator today? It's funny, too. My daughter never picked up much English, but she loved the nursery rhymes they sang at the Children's Center. So, she asked me to translate them into Hungarian for her. While trying to come up with something that is true to the original and at the same time keeps the rhymes and rhythm, all of this of course right away, I found that this is fun. I still have some of those early "masterpieces" I made back then. Even now, when I have time, I revert to translating children’s songs to work my brain a little. And the results are hilarious.