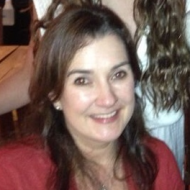 Born in Guatemala, my family moved to the US when I was four, which lead me to become a Guatemalan whose first language became English, since it was in English that I first learned to read and write. At the age of 12, we returned to Guatemala, when I began to learn to write and speak in Spanish. Being submerged in two completely different cultures has been quite rewarding and definitely played an important role in my attraction towards languages. I studied Journalism for four years, before I fell in love with literature and switched careers. At the same time, I began studying Translation, which would quickly turn from a "side-kick" study to the source of my bread and butter. The cultural, historical, evolutionary, and overlapping characteristcis of Literature proved to significantly complement my studies in Translation and combining the two has been enormously valuable for me as a translator, proofreader and editor. After working for over 19 years as a translator, my passion for translation continues to grow. The translator's path is unlike many others in that we learn something new every day; we evolve with every project; and we continuously develop as professionals in different areas. Law, literature, journalism, education, human resource, human development, insurance, finance, banking, general business, environment, anthropology, management, processing... the list goes on and on. Translation has allowed me to learn and grow both personally and professionally and I can only hope that this path continues for years and years to come.