Most companies and people who need to buy a translation probably never ask themselves this question. Whether it is a personal document costing less than a hundred dollars, or a very large number of long documents such as legal contracts, patents, reports, or correspondence between unscrupulous, cagey sales people plotting how to skin consumers alive – there are times when all of these documents must be translated from a foreign language.

After all, I never ask myself, where does the money go when I pay for a book, a dinner in a restaurant, or for a car, although I probably should.

There are many people who are not translators and who work for large translation agencies, also called mega-agencies by translators. All of these people need to make money, although the business income is generated by the work of the translators, not by the work of other people working at the agencies, such as agency owners, lawyers, accountants, sales people, project managers and sales managers, and various kinds of other managers on different levels.

True, these people also contribute to the business’s smooth functioning, especially given that without their work, the translators might not have any work for themselves, with the possible exception of lawyers whose main task seems to be writing extremely long, intimidating, demeaning, nonsensical and often illegal Non-Disclosure Agreements, or NDAs. These NDAs are sometimes not really Non-Disclosure Agreements at all as they often specify things other than confidentiality, such as payment terms, and confidentiality of documents is mentioned only in passing.

The simple fact that if there were no translators to translate what needs to be translated, a translation mega-agency would only have expenses and no income whatsoever is hardly ever mentioned on the websites of mega-agencies.

My guess is that only about 30 percent of what customers pay for translations to mega-agencies is distributed as payment to translators, while the remaining 70 percent is swallowed by the other non-translating occupations, which could be called ancillary occupations. The owner of a mega-agency alone is of course paid millions mostly for owning the agency. I see him or her mostly as a huge vacuum cleaner constantly sucking up huge quantities of hundred dollar or Euro bills.

When there is more than one owner of a mega-agency, this often leads to major problems, even if (or perhaps especially if) there are only two owners who used to be happily married, or at least engaged, to each other. I used to work for the agency discussed in the linked article in the pre-internet era about 20 years ago when it was still a small operation paying good rates on time. But as it grew, over the years it became a poster child of a typical mega-agency that is hated both by translators and by smaller agencies for its greed and aggressive tactics. I stopped working for them about 15 years ago. The article linked above seems to confirm the truth of the saying that what goes around, comes around.

1) “It’s cheaper to keep ‘er” (it’s better to stay together no matter what in view of the cost).

2) “Divorce is expensive because it is worth it”.

I think it all depends on the circumstances. One thing for sure is that a lot of work of thousands of translators is needed to pay for such a messy business divorce, although this is probably the last thing on anybody’s mind (anybody’s with the exception of the hard working translators, of course).

So that’s where a lot of money made by translators may eventually end up as well – in the bottomless pockets of divorce lawyers.

Some small translation agencies are virtually indistinguishable from their large brethren.

They basically mimic the predatory operating principles of large agencies and as a result, they are just as inimical to the interests of translators when it comes to things such as rates paid to translators and working conditions created for them.

A few smaller, usually highly specialized translation agencies pay somewhat higher rates than mega-agencies, and just as importantly, they try to pay quickly and treat translators as human beings rather than as obedient translating slaves.

It so happens that these two goals are not necessarily mutually exclusive, depending on how a translation business is run.

As a result, at smaller translation agencies, the translator’s share of the profit derived from translations is usually in the range of 40 to 60 percent, which works much better for the translators, and quite well for the person running the agency as well.

In the interest of full disclosure, I am stating here that like many translators, I wear two hats as I am both a translator and an owner of a very small translation business profiting from the work of other translators that I sell at a surcharge to direct clients to whom the rhetorical question in the title of this silly post is addressed.

And Where Does Your Money Go When You Buy a Translation Directly from a Translator?

Well, I think that it does have a right to exist, even if it is just a middleman, but not in the same form in which it exists today.

Translation agencies, the good ones anyway, do play a useful role because many translators, possibly the majority of them, simply don’t know how to connect with direct clients so that they could sell their translations to them, and many customers simply don’t want to bother looking for individual translators, especially since most of them are very hard to find on the internet.

But those translators who know where their customers are and who are able to figure out how to connect with them discover that they don’t need translation agencies. I have heard quite a few translators say the magic words, “I have never worked for translation agencies” and I can usually detect pride in the way the words are said, justified pride in my opinion.

Although translation quality is in the eye of the beholder, I think that a logical conclusion is that translators who work directly for clients pay more attention to these translations, simply because they are being paid more, if for no other reason.

But translators can exist without “the translation industry” and can do just fine, thank you very much. They can charge more for the same work, just like a house owner who is able to sell her house directly to a client without going through “the real estate industry” can make more money by selling the same thing, namely a house, to a customer who is paying less for the same thing, namely a house.

6 thoughts on “Where Does Your Money Go When You Buy a Translation?” 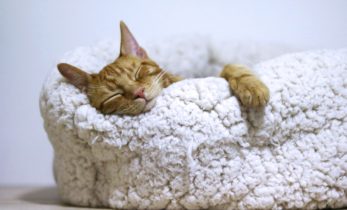 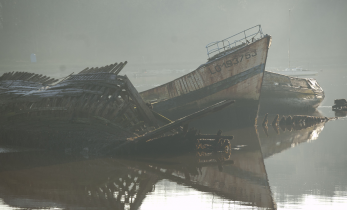