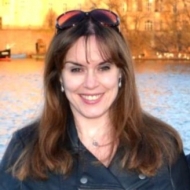 There is no such thing as a "one-size-fits-all" rate when it comes to translation or proofreading. My rates depend largely on the length, complexity, and language of the source text, the file format, and the urgency of the project. There may also be surcharges for projects that require extensive work over the weekend and/or public holidays or require conversion into editable documents.

Need something translated from Chinese or Dutch into English? Or do you need someone to proofread your work? Then contact me today for a free, no obligation quote!

If you require proof of my abilities or wish to add me to your agency's database, I'd be happy to perform a test translation - free of charge - for either of my language pairs provided the source text does not exceed 200 words (Dutch) or 200 characters (Simplified/Traditional Chinese).

Pro bono translation services may be offered to certain NGOs and non-profit organizations (subject to availability).

• A Chinese-English and Dutch-English freelance translator from Gibraltar who has been living and working in the Netherlands since 2006 and previously lived in the United Kingdom, the People's Republic of China, and Taiwan.

• Studied for a BA (Hons) in Modern Chinese Studies at the University of Leeds, which included a year studying Mandarin and Chinese culture at Tianjin Normal University (天津示范大学).

• Studied for an MA in Conflict Resolution at Lancaster University, with a focus on diplomacy, conflict management, and language policy in western Europe.

• Previously worked as a graduate trainee librarian at the Taylor Institution Library in Oxford (September 2004 - September 2005) and as a Scheduler at Chello DMC in Amsterdam (May 2007 - September 2015).

• Passionate about wildlife and heritage conservation, an avid reader of biographies and travel writing, and a self-confessed "language nerd".

• Oversaw the translation of programme titles, synopses, and meta data from English into French and German for a three-year period during my time at Chello DMC (July 2012 - August 2015). Key tasks: Liaised with local translation agencies to ensure the timely delivery (and return) of documents for translation and performed quality checks on translated meta data before entering it into the company's media database.