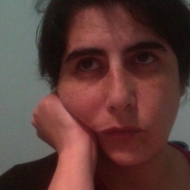 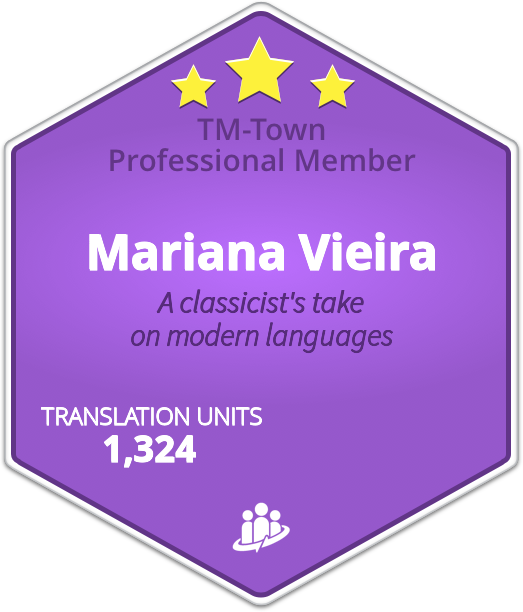 I like words. I like words a lot. Big, short or medium length, ancient and new, from prestigious family trees or with back-alley origins, whispered quietly after dinner or proclaimed boldly at the Speaker’s Corner, formal, informal, out of fashion… I like them all! I like joining them in new combinations and original texts, I like translating them with as much flair as possible into the words of my own country of birth, I like teaching them to everyone, especially to people who think they are not gifted with words. I like inventing languages for games and stories, I like rhyming, I like cadences, I like finding that elusive word that says as accurately as possible what is in your mind.

And it comforts me a lot to know that glamour comes from grammar.

All that said, you may have already guessed that my background is in languages and literature. Ancient languages and literatures, even. I have a PhD in classics and early philosophy, obtained in Scotland, a country where I ended up staying for almost a decade. As much as the ancient world amazes me, the modern one does too. I am interested in politics (perhaps a bit too much - we all know it never ends well), in cinema, theatre, music (I’ve once played the cello), and I find pretty much every living thing fascinating. I guess I didn’t go to Biology because I was afraid of death, and picked literature because, if we don’t burn books, it is an immortality of sorts. For the books, not me, sadly.

I don’t like bureaucracy and nine-to-five office jobs, which is why I gain my living with translations, transcriptions, proof-reading, language tuition, writing, and anything wordy that you may need. That, and because I love words. Did I mention it already?