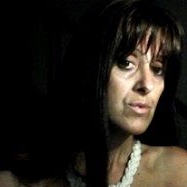 University of Buenos Aires, Argentina
University of Cambridge
B.A. in Translation, Major in Law
Certificate of Proficiency in English
1982
1993

Nora is an English-Spanish translator, expert back-translator, localizer, proofreader, quality manager, and linguistic validation consultant. She holds a B.A. in Translation with a Major in Law from the University of Buenos Aires, and has been in the translation industry for over 30 years now. Initially an in-house translator for the largest publicly-held bank in Argentina and a classroom-based and distance-education Teacher of English for International Trade, she became a freelance translator in 1992. Nora was Vice-President of FairTradeNet, a Geneva-based association of freelance translators and, as such, was part of the delegation representing FTN at the World Summit on the Information Society in December 2003. She became a certified life-sciences linguist in 2007 and is currently co-owner of Translartisan, a translation studio specializing in biomedical translation.