When I was a kid, we had an aunt who was very forward-minded — by Soviet standards. Unlike most of her compatriots, she could travel a lot, thanks to her marriage with a Pole. So, whenever she visited us, she would grant us whole boxes of “Western” candies that she brought back from her trips. It wasn’t good for our teeth, but hey, when you’re a kid in the USSR, you turn a blind eye to the stomatological dilemmas involved.

It was late 2009 when I first met Google Translator Toolkit. At the time, even Google Translate was a novel technology, so Toolkit looked like something straight from the future. Well, maybe not in the same way, say, Avatar did, but it definitely broadened my professional horizons, or at least my perception of them. My own Pandora box, if you will.

Back then, machine translation was not something translators were afraid of. Very few customers knew it existed, so there was no “Hey, what’s your job anyway if there’s google translate?” Instead, there was my own “Hey, I will be swimming in gold in a year!”

“We quad-zillionaires have our own ideas of fun.”

Indeed, editing a Google translation was much faster than translating from scratch, so I quickly ramped up my productivity to 1000+ words per hour (Matt Stanton would be proud of me). Little did I know about the perils of “post-editing” — I’m not sure the term even existed then — and the effect it could have on quality. When you’re charging two cents per word, earning $30 instead of $10 per hour makes you turn a blind eye to the ethical dilemmas involved. But that’s a story for another day.

My rose-colored view on machine translation lasted for a few years, but my love for Toolkit had evaporated even earlier. Its wysiwyg-ish approach, which its creators must have thought was a great idea, turned out to be a time killer. The “jumping” between elements would go awry, the layout would turn out wrong, and, well, the very need to type on top of a Google translation was starting to get on my nerves.

It was also around that time that I first met Smartcat — just a CAT tool back then, — where I could keep on committing my post-editing sins without the weight of a clumsy user interface. So I made the switch and never looked back (I suggest you do, too). A while later I also realized machine translation was not that much of a friend I thought it was, and the rest is history.

“John Connor was here. Where did he go?”

Anyway, now Google is killing off its first and only CAT tool. We can only guess the reasons for its “declining usage” (a source in Google told me it was almost non-existent by 2019). Maybe it was the awkward user experience, maybe the “MT disillusionment”, or maybe the lack of any marketing, development, or community behind it.

But I personally believe the biggest factor was that, in the SaaS age, providing just a tool, even a good one, is no longer enough to retain users. Even when GTK was in its heyday, many translators would just download its pretranslated documents and bring them over to other CAT tools or good-old MS Word. That might be a lesson learned for all other SaaS providers — at least we at Smartcat go to great lengths trying to provide bigger values to our users than just the tool.

However that might be, no one seems to give a shit about GTK’s impending death, not even Google itself. And that’s kind of sad.

See, I no longer care about my aunt’s “illegal” candies, nor are we that much in touch. But if she’s gone — gladly, both she and her Polish husband are still alive and kicking, — I’ll miss her the same way I will miss Google Translator Toolkit.

Żegnaj, przyjacielu, tęsknię za tobą — and let me remember you the way I first saw you: 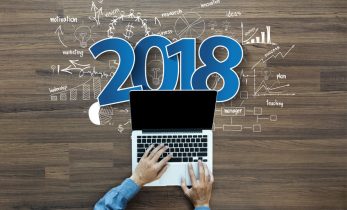 Five trends that defined the translation industry in 2018 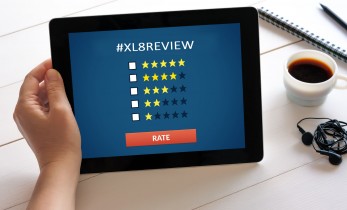 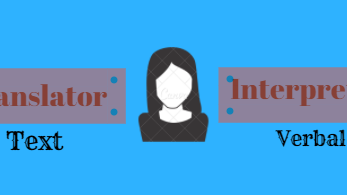 Pradeep Neupane
Many people we come across today are confused between a translator and an interpreter and the roles played by them. It i
Read more