Hiring cheap translation services and ending up with a poor final text can damage your business reputation due to grammar mistakes, lack of clarity, offensive and culturally insensitive content. I outline below some reasons why cheap translations services can turn into huge problems, costing you and your company a lot of money.

Cheap translators will not take your goals into consideration.
Business and individuals need translations for a variety of reasons: to increase website traffic and boost sales; to offer products and services to foreign companies; sell to a neighbouring country and the list goes on. Whatever your goal, a translator being fairly paid will spend time with you to learn what is the goal you want to achieve and focus on a text that will bring such results. Translators getting paid 0.03 cents, or less, per word, will not have your goals in mind simply because they need to translate huge amounts of words every day to make a living. So, attention to detail and your end goal might be ignored considering they have to finish the job as fast as possible and jump to the next task.

You cannot expect an error-free translation
Sometimes buying cheap translations will lead to an extra expense: hire a proofreader to double check your text after it is delivered to make sure that the translation is accurate, if the grammar is on point, if it makes sense to your target audience, and if it is culturally appropriate. Besides the time lost waiting for the translation, you will also have to wait for the proofreader to do his job, and if the text has several mistakes and makes little sense, the proofreader will need to work longer to correct or rewrite your text. It happens more often than you think.

You may get a translation made by a machine.
Several agencies and translators charging a very low price for their services will actually post-edit the text. That is, your text will be translated by a machine, like Google Translate, and then will go through a review to fix major issues. Even though machine translation sounds like a great solution to get very cheap translations, the results have proven to be disastrous most of the time. You will need a pair of human eyes to make sure everything is on point, anyways.

Cheap translations will often be produced by people without the necessary qualification or experience.
I often receive urgent requests to correct translations because the previous translator didn’t know the correct terminology or produced a text full of grammar mistakes. I have seen translators working on a medical text and on a marketing material at the same time, having little to no experience in neither the medical nor the marketing fields.

If you need to translate large volumes, your file will be sent in bulks and handled by several different people in different parts of the world.
Consistency and privacy are an issue. When you have 10 translators, with different backgrounds, in different parts of the world working on a file, the text will probably come back lacking consistency. You can find all kinds of discrepancies that will make the final product look unprofessional, e.g. different terms to the same item, different meanings to the same term, and discrepancies choosing the currency symbol. Also, how to expect the total privacy of your document if the contents will go through the hands of several people in the translation process? Here are some true stories about bad translations and bad grammar.

“Do Nothing”– Before the tagline “The world’s private bank”, HSBC went for the tagline “Assume Nothing”. However, a mistake translated the tagline to “Do Nothing” in several countries. Not the message a large corporation wants to send when selling their services, right? This little mistake cost HSBC $10 million and years of rebranding.

The $1 million dollar comma – The largest Canadian cable television provider, Roger Communications of Toronto, and the telephone company Bell Aliant entered into a dispute. The telephone company wanted to cancel Roger’s contract regarding the use of their telephone poles. The contract’s English and French versions had been approved by the governing regulatory agency six years prior to the dispute, but the following sentence gave the victory to Bell Aliant:
“This agreement shall be effective from the date it is made and shall continue in force for a period of five (5) years from the date it is made, and thereafter for successive five (5) year terms, unless and until terminated by one year prior notice in writing by either party.”
The regulator understood that the second comma meant that the sentence regarding the one year notice for cancellation also applied to its renewal and, therefore, the telephone company could end the contract after just one year.

The embarrassing ad blunder – When launching their new ballpoint pen in Mexico, Parker Pen chose an ad that read “It won’t leak in your pocket and embarrass you”. However, the translation came out with a classic mistake in Spanish. The company translated the word “embarrass” to “embarazar”, which means to impregnate in Spanish, and the final ad was “It won’t leak in your pocket and make you pregnant”. Nothing else needs to be said…

Now, you can have an idea of how important it is to invest in a professional translator to handle your communications in a foreign language. Professional translators will help you to get your message across effectively, they will give your project the attention it needs, they will let you know the better way to communicate culturally with your audience, and will save your money and lead to profits in the long run.

Polyglot translator helping businesses to master their communications in English or Portuguese. Living and working around the world. Passionate about travel, language, photography, art and technology.

24 thoughts on “The Real Cost of Cheap Translations How inexpensive translation services can damage your business reputation.” 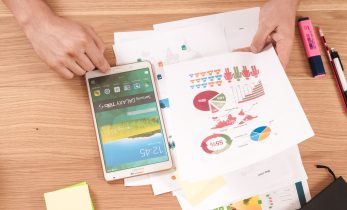 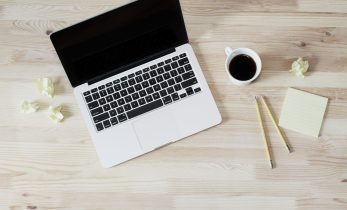 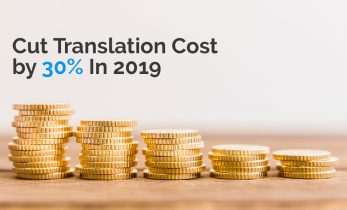 Ayman Saa'd
According to a report by IbisWorld, translation services are expected to keep on growing and reach $37 billion in 2018,
Read more